In January 2020 we wend on our second cruise and again the overall experience was unbelievable and amazing.  They named the ship the Dream for a reason!

There are shuttle services that can be scheduled.  These services regularly accommodate transporting cruise passengers to Port Canaveral.  A shuttle service called 888 Transportation cost $25 per person plus tip one way. Our two-year-old was the same full price charge as an adult with this option.

Disney Cruise transportation is $39 per guest one way.  No additional tip is required and the two-year-old was free.  Disney Cruise buses don’t require car seats and show Disney cartoons.

The price is the same whether Disney Cruise picks you up at a Disney World Resort or the Orlando International Airport.  Disney Resorts are about 30 minutes further from Port Canaveral than the airport is, so non-Disney companies charge more to get from a resort to Port Canaveral.

Uber and Lyft are other commonly used options.

*Please note that pricing and policies change on a regular basis, so please do additional research before making a purchase for your party.

Disney Transportation to the Resort

We set sail in January on both cruises.  Since winter storms can disrupt travel we wanted to have a day to reschedule flights if needed.  So, we flew to Orlando a day ahead of departing for the cruise and took Disney’s Magical Express to the Pop Century Resort for one night.

In 2019 we planned to spend the day exploring Disney Springs and a couple of the luxury resorts, but it rained the entire day at Disney World so we changed our plans a bit.  We wrote an article about What to Do at Disney in the Rain.

In 2020 we spent a day at the Magic Kingdom to take in some more Disney Magic at Be Our Guest Restaurant and other popular attractions.

Regardless of the weather, we felt better having a day of cushion to arrive at the ship from Ohio, because we knew that if we were late we would miss the opportunity to go on the cruise.

How to Find Out Disney Cruise Bus Schedule

Our family purchased Disney bus transportation to Port Canaveral a couple weeks before our cruise, but we didn’t find out what time our bus would pick us up at our Disney resort until the morning of our cruise.

In 2019 we had to go to the concierge service at the Disney Pop Century resort and ask for our schedule. This was our only Disney experience that was disappointing and did not align with the typical Disney service.

In 2020 we had a note in our room when we got back from the Magic Kindgom (day before departing for cruise) that gave us these details.

We were told to have our luggage placed outside our room with cruise stickers attached by 8 a.m. and the next time we would see our bags was in our stateroom on the ship.

My husband stayed with the bags until 9:05 a.m. in 2019 when they were actually collected.  We were uncomfortable that our bags would make it to the Port because of the lack of confident and clear communications.  Around 9:30 a.m. we saw our bags (with bright yellow straps) being loaded on a box truck at the entrance of our resort.

In 2020 we left the bags outside our Pop Century Room and they arrived at our stateroom on the ship just fine.

The Cons of Using Disney Bus Transportation to the Cruise Ship

I went to the concierge/guest services counter at our hotel.  At 9 a.m. that morning I learned that our Disney cruise transfer bus was scheduled to pick us up at 12:45.  We were advised that the ride from the Disney resorts to Port Canaveral was at least an hour and ten minutes.

We were very frustrated because Disney transportation was non-refundable and we had a port call time of 12:15.  With the arrangements that had been made for us, we wouldn’t realistically be on the ship until 2:30.

A Creative Way to Get to the Ship Sooner in 2019

Maximizing time on the ship is a critical tip to enjoying the cruise.  Purchasing another meal wasn’t in the budget and we hadn’t packed enough food, so we intended to eat lunch on the ship.

We knew that complimentary Magical Express buses run frequently to the airport and Disney Cruise transfer buses run continually to Port Canaveral, so we considered options and got creative.

The bus driver was incredibly kind, took our paper and let us on the bus after a brief explanation.  We definitely gave him a tip for the help.

Disney Cruise Transfer buses run continuously from the Orlando airport to Port Canaveral from 9 a.m. to 1 p.m. and no ticket is required to get on a particular bus.  The buses leave when they are full.

The drop-off area for the Magical Express at the Orlando airport is right next to the Disney Cruise transfer buses.  Of course, we had all of our cruise paperwork and promptly showed it to the cruise transfer staff. They could’ve cared less where we came from.  They cared that we had proof of purchase and followed the safety rules.

Another benefit of the new route is that the airport is essentially on the way from Disney World to Port Canaveral, so we didn’t waste much time.

The Disney Dream holds 4,000 guests and I was told that over 580 had booked Disney bus transportation on our cruise.  I respect the logistics challenge the cruise line faces but beware that you may miss a few valuable hours on the cruise if booking Disney transport.

We got on the Magical Express at Pop Century at 8:35 a.m. and arrived at the airport 9:35 a.m.  The Disney Cruise transportation area was PACKED and were told to expect a 45 minute to one hour wait before departing to Port Canaveral.

The buses were there and waiting, but the security agents that screened everyone and confirmed they had a cruise ticket were SLOW.

There was also confusion about why we stayed at a Disney hotel but were boarding the bus at the airport…we ended up being charged twice and had to clear that up with guest services on the ship.

We boarded a bus around 10:30 a.m. and got to the port around 45 minutes later.  It was around 11:30 a.m. when we boarded the cruise ship and we had a port arrival time that was earlier.

Reflecting on the experience it would’ve been worth it to our family to hire a private transportation service to pick us up directly at our resort at a guaranteed time and deliver us directly to the ship.

On the return trip from the ship to the airport my husband pre-booked Happy Limo out of Orlando and it was PHENOMENAL and a pretty good cost savings for our party of 7 over using Disney Transport.

He orderd the cheapest vehicle that would hold 7 and a black Mercedes van that was a total party bus inside with neon lights arrived to pick us up.

The last day of the cruise is tiring and kind of sad that the vacation is ending, so another benefit of private transportation is that you don’t have to watch Mickey waving at you on the tv screens saying “see ya real soon.”

After a restroom stop, diaper change and talking to a cruise rep we just missed a cruise transport bus, but the next bus was already parked and ready to load.  We boarded the bus at the airport at 10:42 a.m. and arrived at Port Canaveral at 11:40 a.m.

By the time we got through security at Port Canaveral and checked in all guests and all port call times were invited to board at 12:15.  We walked on easily and were overwhelmed by the beauty and luxury of the ship and lunch. Had the weather been warm we would’ve gone straight to the pool before it got crowded.

This extra time on the ship was worth every minute of effort to figure out how to get there early!

Arriving early gave us plenty of time to check out the ship and learn some basic Dos and Don’ts of a Disney Cruise.  We also enjoyed joining in the Castaway Cay 5K and Pirate Night while on our cruise.

We flew into Sanford airport and went to a hotel on Coco Beach the night before our cruise on the Wish. We used the Sanford airport recommended transportation list and called Erica’s Transportation (private driver). She also picked us up and took us back to the airport. It worked out very well!

Other Tips for a Disney Vacation: 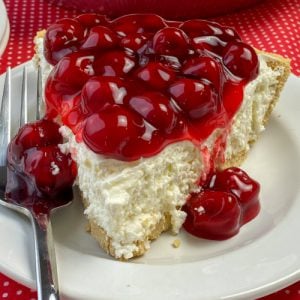