Instant butterscotch and vanilla pudding mix together to form a creamy layer when enjoyed together with the cream cheese and whipped topping makes one of the best desserts.

Also called Butterscotch Lush or Butterscotch Surprise this is a classic dessert recipe to share at potlucks, carry-ins and picnics. It’s pretty easy to make too!

Whenever there’s a crowd of people our Chocolate Delight is always one of the first dishes to be cleaned out. When I saw this similar Butterscotch Delight recipe in an old cookbook from farm families across the midwest I knew it would be yummy!

This pudding dessert stands out for two reasons, it’s easy to make and has an old fashioned butterscotch flavor. The nuts also add a nice crunch and meaty flavor to this light and creamy dessert.

I think of our Butterscotch Refrigerator Cookies, Triple Layer Butterscotch Brownies and our Oatmeal Butterscotch Delights. Even though these are all vintage recipes they have a timeless flavor.

A similar butterscotch dessert with a slightly different balance of ingredients comes from my friend Julie at Back to My Southern Roots.

How to Make Butterscotch Delight

4. After the crust has cooled spread the cream cheese mixture evenly over the crust.

6. Spread remaining Cool Whip on top of the pudding. If you really like Cool Whip a second tub can be used to make an extra thick layer.

7. Sprinkle with a few nuts or butterscotch chips and refrigerate for 1 to 12 hours until ready to serve.

Farmhouse Fudge is a recipe my grandma made every Christmas for years, but it’s so good all year around.

Watergate Salad is made with crushed pineapple, pistachio pudding, marshmallows and Cool Whip and can be mixed up in less than 5 minutes!

7-Up Jello Salad is another classic that is super sweet and packed with cool lemon and lime flavors. 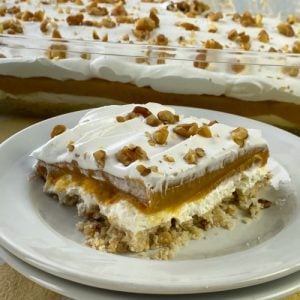 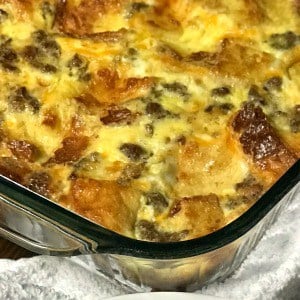 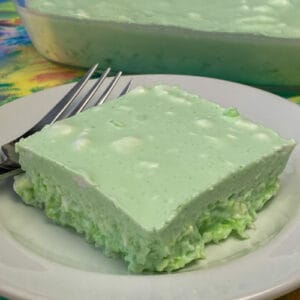