Thanks to Massey’s Pizza for sponsoring this post and the opportunity to have a birthday party during their lunch buffet.  Plan a spring break trip with your favorite kiddos to their weekday buffet.

Turning 10 is a big deal, so it warrants a serious celebration.   Our family looks for unique, but EASY ways to party and taking a group of boys to the lunch buffet at Massey’s Pizza has been our go to for the past two years.

Every ten year old boy we know LOVES pizza and loves eating a lot of it!  What better way to make everyone happy at a tenth birthday party than a pizza buffet?!?  As a mom I love that my kid and his friends can have a good time and it’s a lot less stressful for me to take them out of the house to eat.  I don’t have to cook or clean-up – I think that’s called a Win-Win!  The clean-up is definitely the worst part of a group meal for me.  So last year we decided to give the pizza buffet a try.  This year we combined the family and friends party and everyone went to the buffet on Presidents Day.  A fun party and great lunch was the perfect way to spend President’s Day! 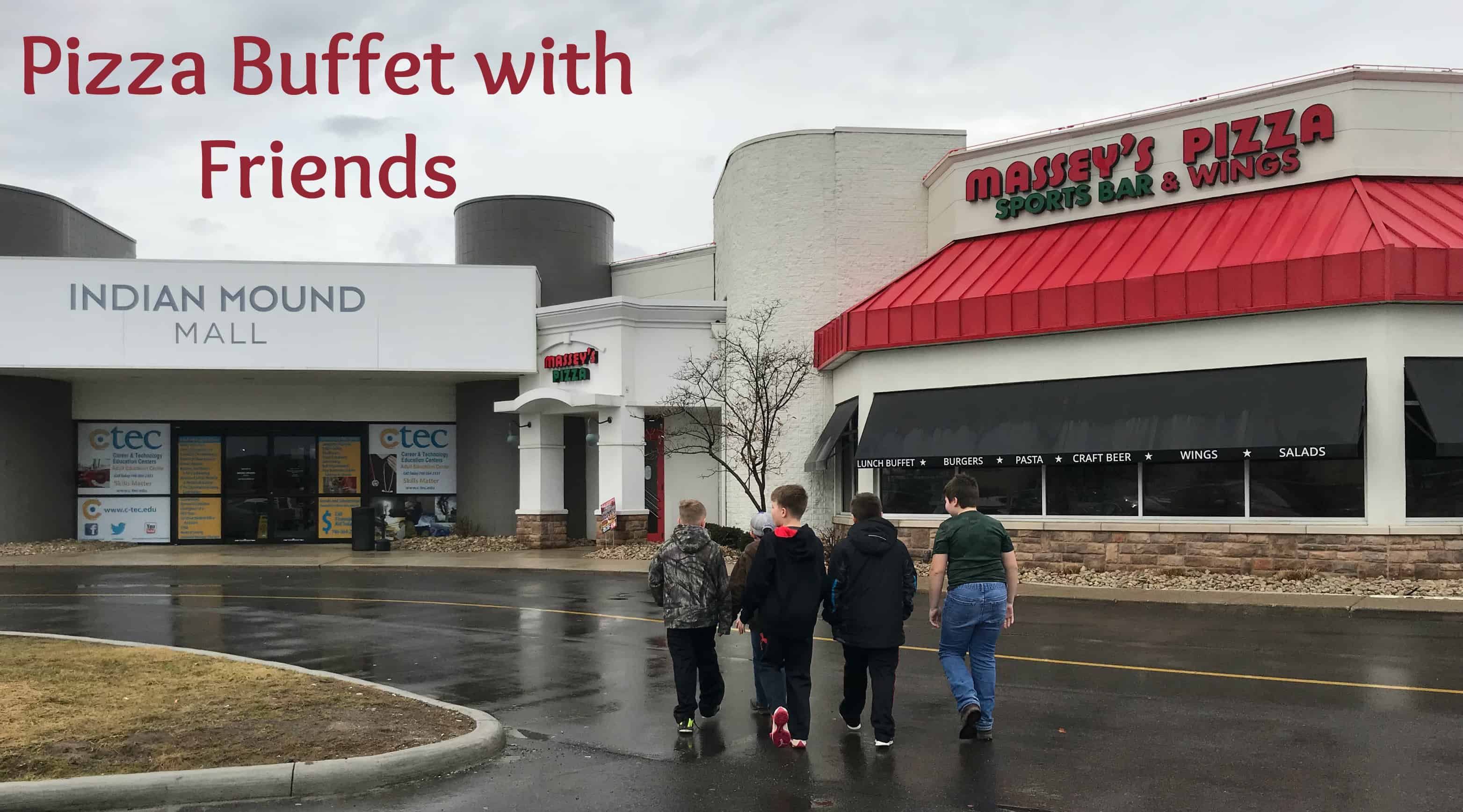 We went to the Massey’s Pizza Buffet in Heath at the Indian Mound Mall which was large enough to easily accommodate our group of 15 as well as many other guests.  No reservations were needed.  We arrived at 11:30 and began to chow down.  I love that the Massey’s buffet adds some premium toppings to their pizzas on the buffet.

Of course our group ate a lot of plain cheese and pepperoni and cheese pizza, but for those who wanted more choices we were glad that they were available! 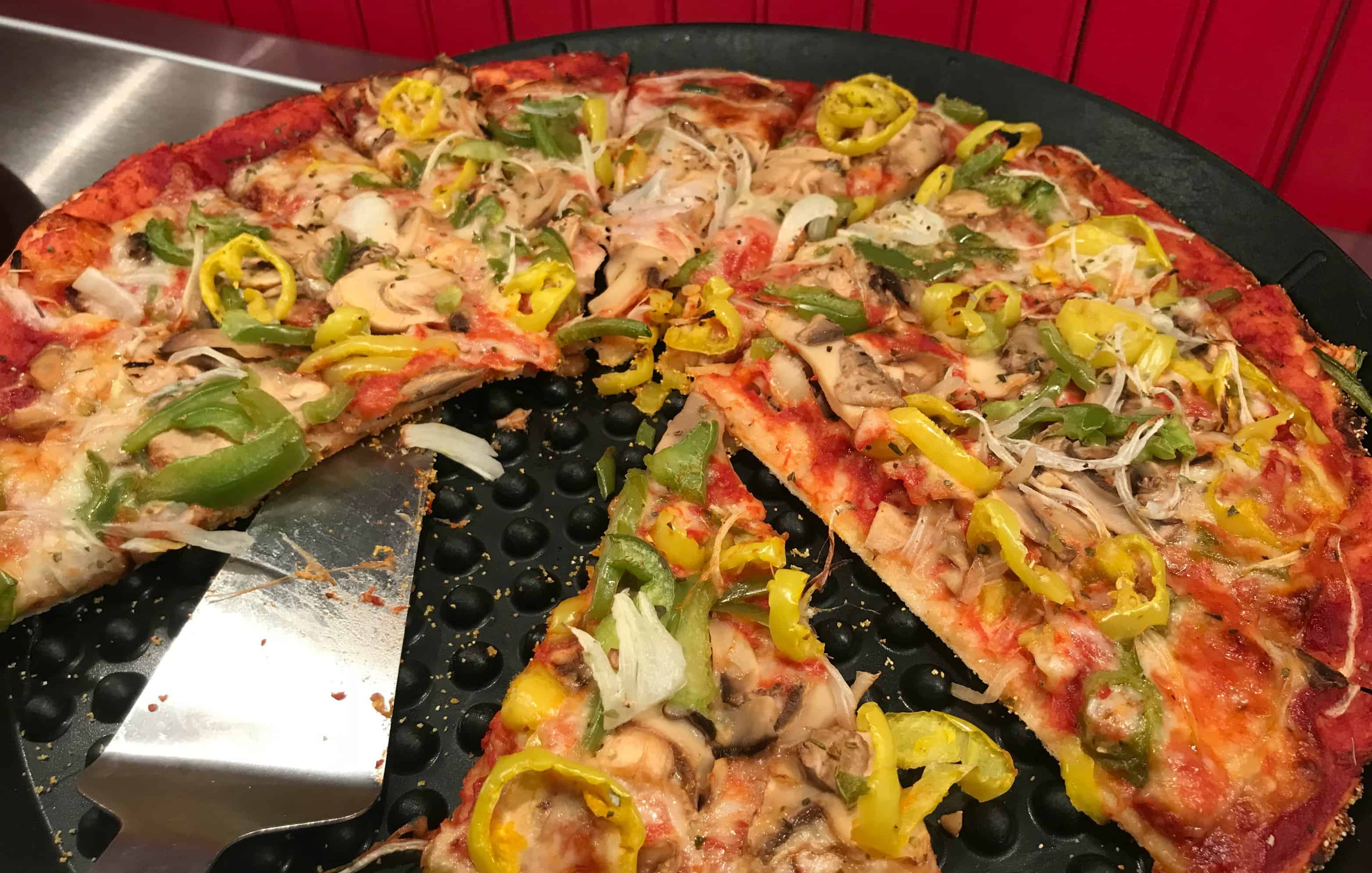 The buffet was never full, but there was a steady stream of pizzas to keep everyone eating.  My husband and I really enjoyed a pizza that was loaded with mushrooms.  We had not had a pizza with that many mushrooms and it was delicious!  So delicious it didn’t last long enough to get a picture. 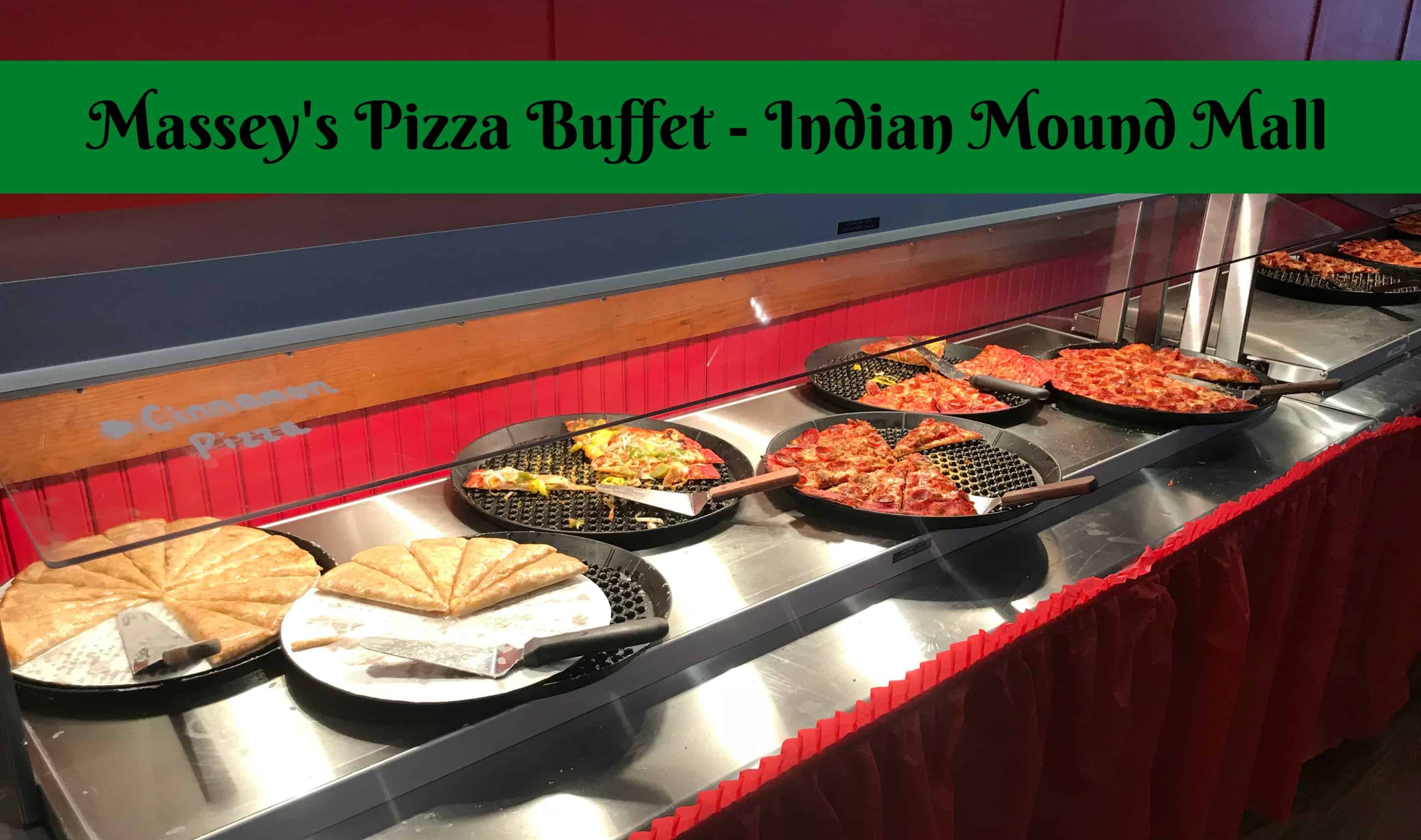 A few of us adults enjoyed the salad bar.  The kids were too excited to take the time to make a salad.  Only on special occasions do I let that fly.

I was also pleasantly surprised by the chicken and pasta that was available on the buffet. 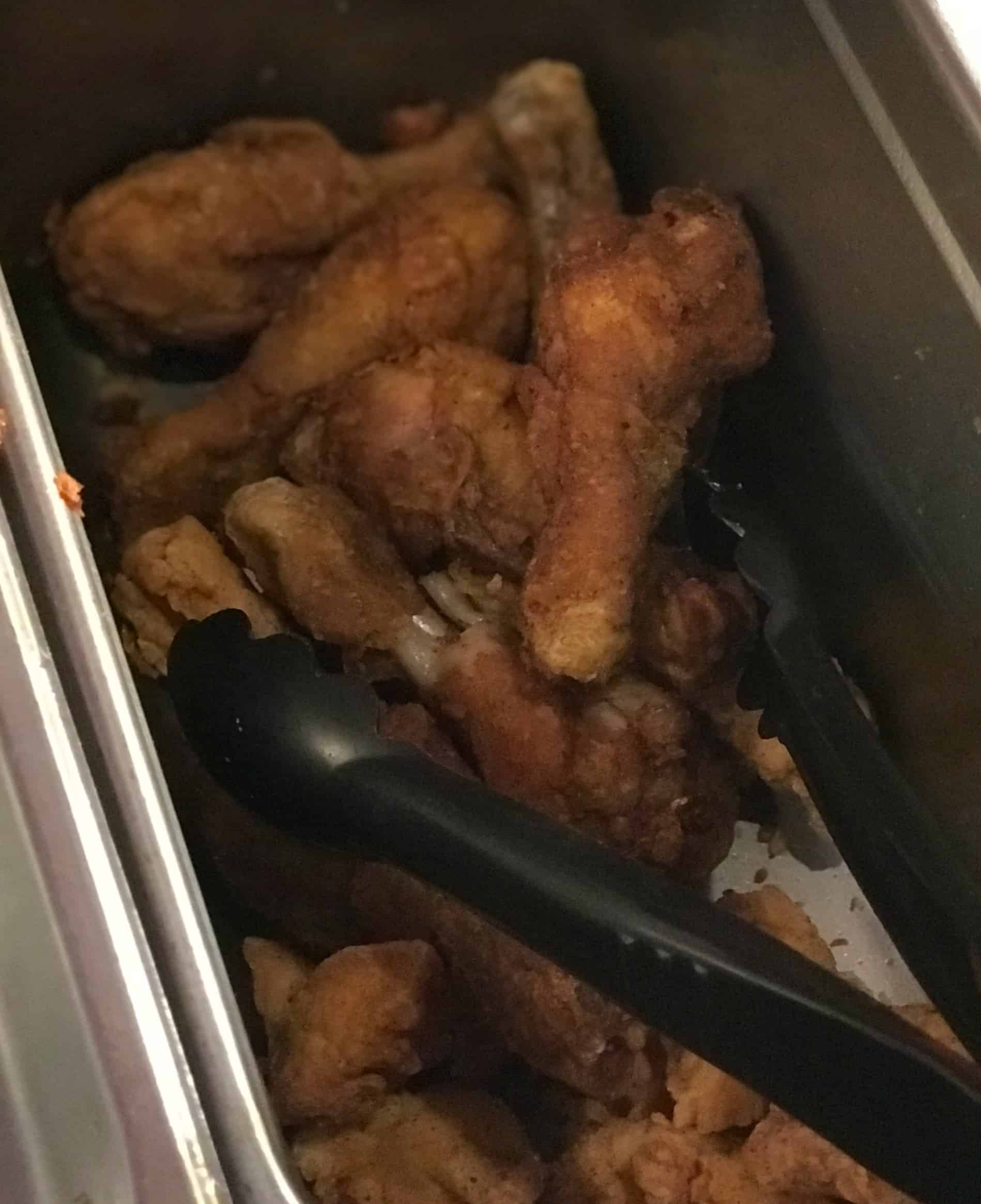 One of the biggest challenges was getting the boys to eat more than just dessert pizza.  This cinnamon sugar treat was definitely a crowd favorite for our group! 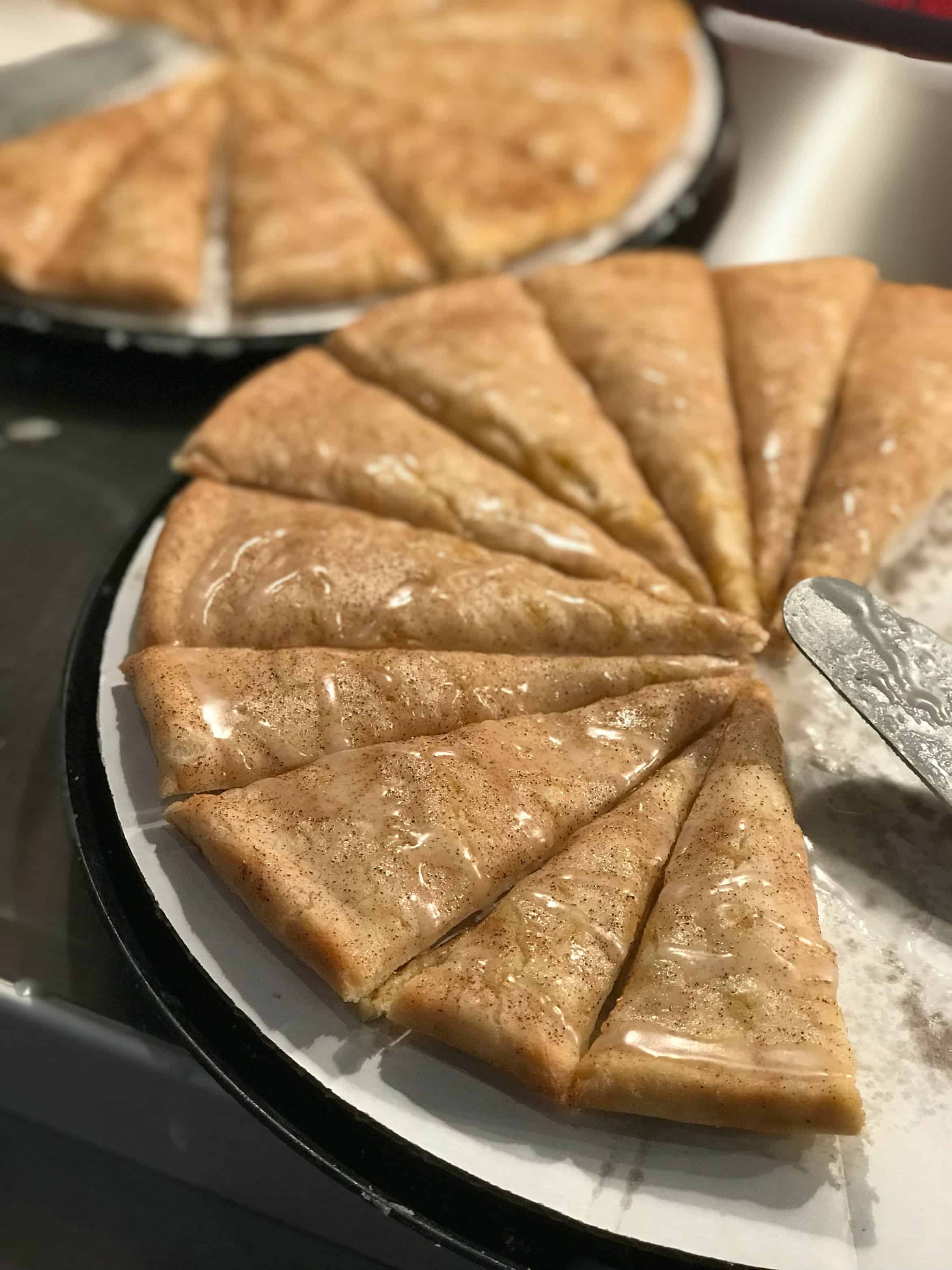 The buffet is only available Monday through Friday, so we chose a weekday when the boys were off school and invited them to our house at 10 a.m.   Our son wanted to have a nerf gun fight, so they set up furniture barriers to use in the basement for an hour.   Thinking this through, has a fun fight ever gone well for more than an hour?   Probably not, so we stopped shooting foam darts while spirits were still high and loaded up for lunch. 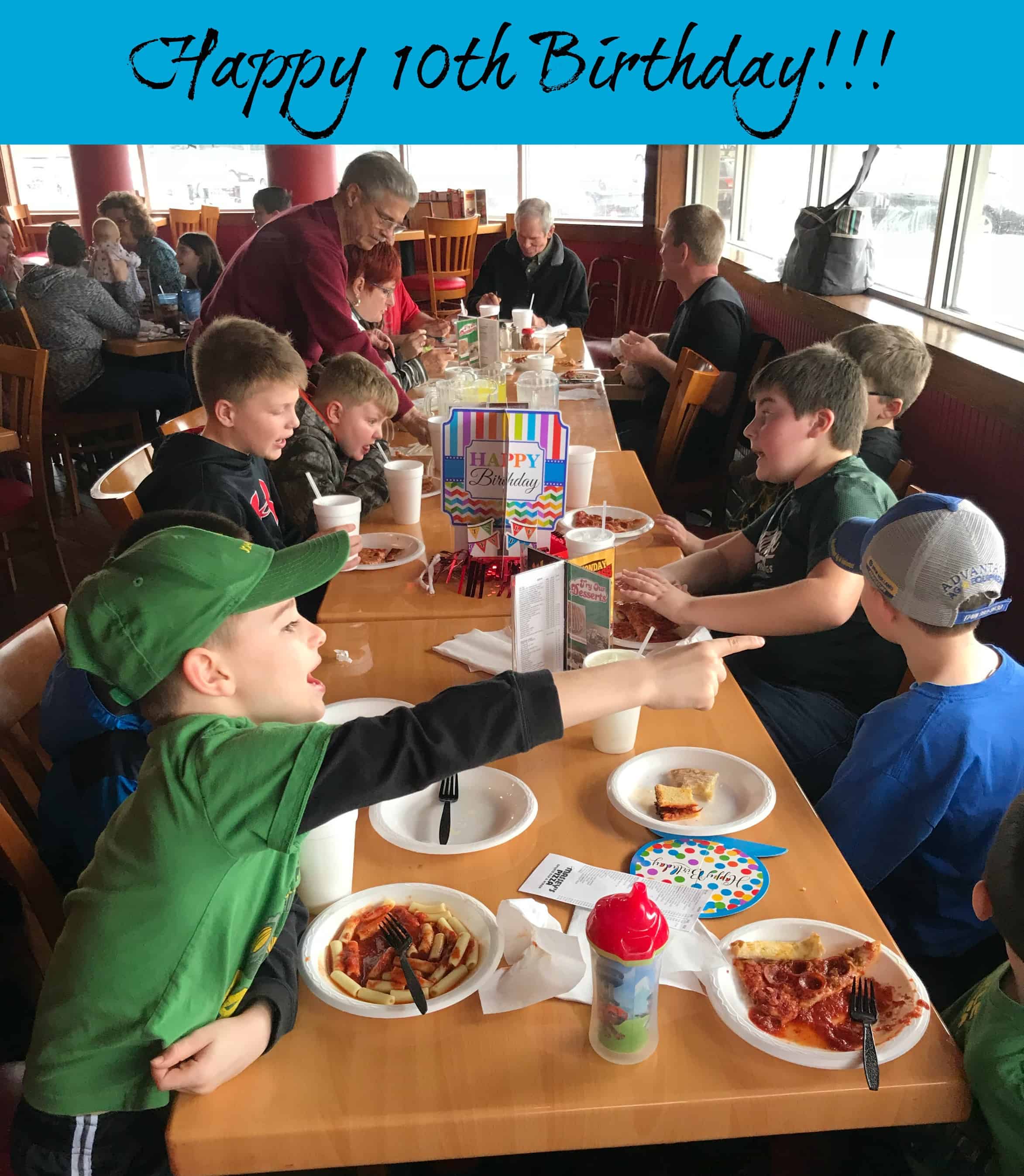 We took a break for lunch, returned home and the nerf darts began flying again quickly.

The group agreed that this was a fantastic party on a budget.  And I enjoyed how EASY the day was.  Cheers to double digits!